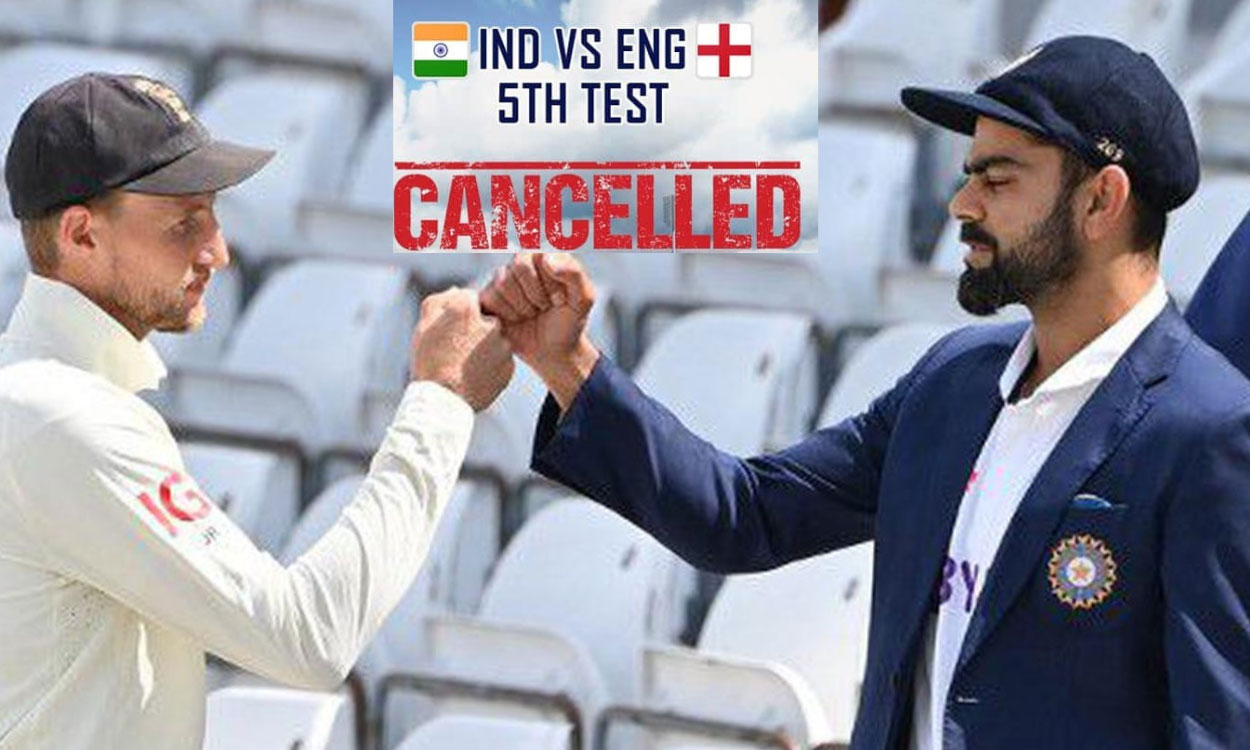 The players, led by skipper Virat Kohli, who was the most apprehensive about playing the game, got into a huddle late on Thursday and couldn’t be persuaded by the BCCI brass to play the game.

The fifth Test between India and England was called off on Friday (September 10) after the host board’s statement on the visitors changed from “unable to field a team and will instead forfeit the match” to “regrettably unable to field a team.” They have stated that they will try to reschedule this Test on their next tour to England in 2022.

The news came after the visiting squad was on pins and needles after physio Yogesh Parmar’s positive COVID-19 Test, which raised fears that the virus could spread during the match, which was called off just before the toss.

The players, led by skipper Virat Kohli, who was the most apprehensive about playing the game, got into a huddle late on Thursday and couldn’t be persuaded by the BCCI brass to play the game. The word “forfeit” was explicitly used in the initial statement made by the England and Wales Cricket Board, but it was later removed from a revised media release.

“India is sadly unable to field a team due to fears of a further increase in the number of COVID cases inside the camp,” said the updated England and Wales Cricket Board (ECB) statement. A COVID-19-related quarantine would have prevented IPL matches from commencing on September 19.

India is currently 2-1 up and has yet to be officially named the winner, owing to the possibility that the fifth Test may be played within the window in July next year when the squad travels for a six-match white-ball series.

“The cricket board of England and the BCCI have agreed to postpone the 5th Test match in India’s ongoing tour of England in 2021, which was slated for Manchester. The BCCI and the ECB met multiple times to find a means to play the Test Match; however, the outbreak of Covid-19 among the Indian team’s contingent prompted the cancellation of the Old Trafford Test Match. “The BCCI issued a statement.

“The BCCI has offered the ECB a rescheduling of the canceled Test match due to the excellent relationship between the two organizations. Both Boards will try to locate a time when this Test match can be rescheduled. The BCCI has always maintained that the players’ safety and well-being are of paramount significance and will not be compromised. The BCCI would like to express its gratitude to the ECB for their cooperation and understanding in these challenging times. We apologize to the viewers for not being able to finish such a captivating series, “added the statement.

Kohli and his teammates could have their way because the Covid-19 regulation for World Test Championship matches does not entail forfeiture. COVID-19 is defined as a “usable non-compliance” under the WTC competition regulations if it has a “substantial influence on the team’s ability to participate.”

All About William Hill betting site

Is BetVictor betting legal or a scam?